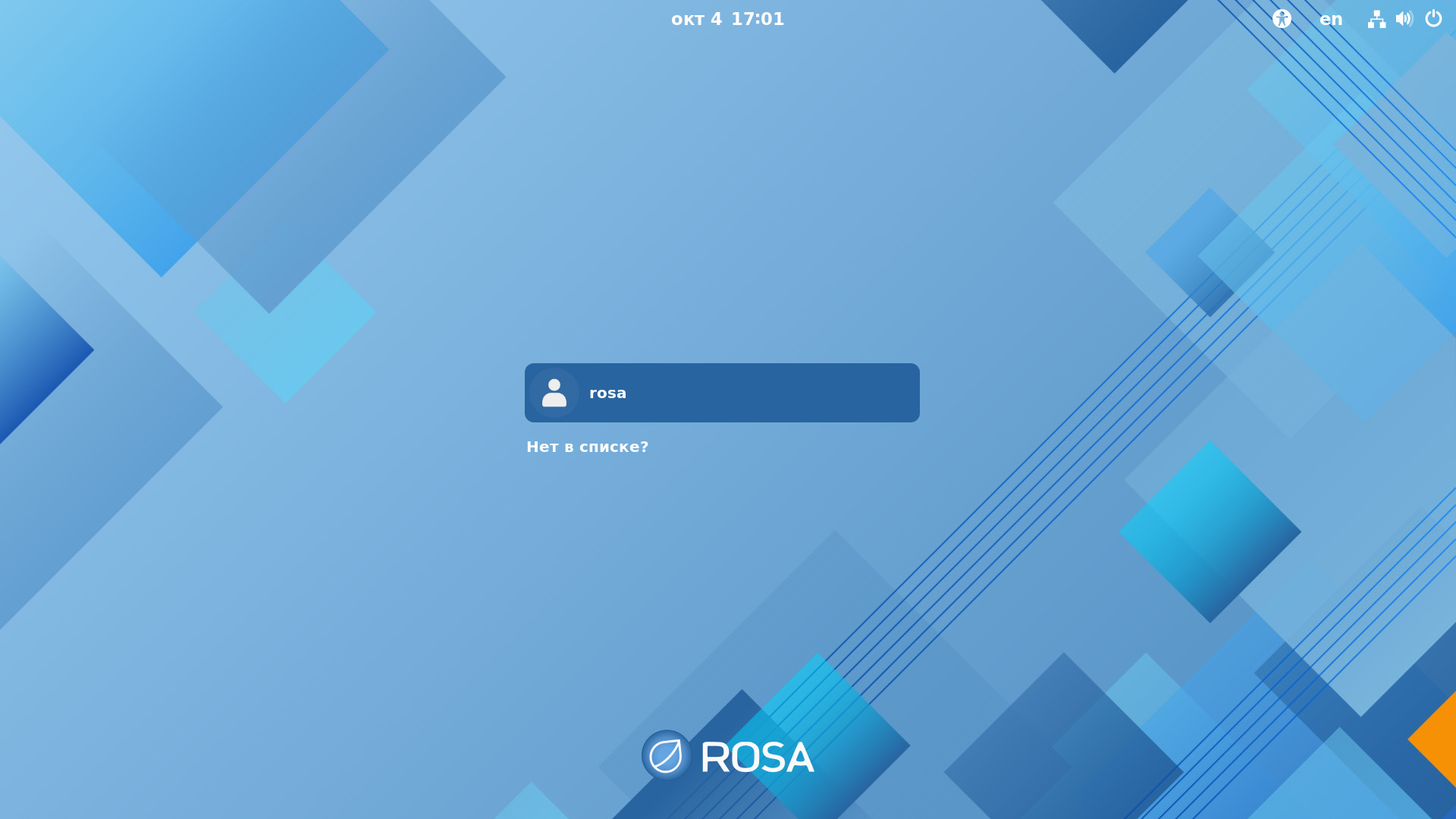 Unofficially daily buids, are not verified neither certified...
You can search and find many different ISOs from here
> https://abf.rosalinux.ru/platforms/rosa2021.1/products

Here are also i686 ISOs, but 32bit is NOT officially supported
Currently we find: ICEWM, LXQT, XFCE, rootfs, server
In the future, we hope, also Gnome, Plasma5, Mate...


There is such a tradition - on the 12th day of each month to release the corresponding ROSA Fresh release. Today is just 12th, so meet - the corrective release of ROSA FRESH PLASMA5 12.1,
in which you can see:
* Full support for the dark theme. Up to the KDE splash screen
* New icons. The collection is gradually growing
* Loading an already installed system from the bootloader (now you don't have to pull out the flash drive after installation)
* Support for working in the libvirt | qemm virtual machine
Well, a lot of updates with fixes, not without it, that's why the release is called "corrective".
KDE5 is traditionally the first version, but that doesn't mean it will be the only one.
Server, XFCE and GNOME versions coming next week .
Join us! It already works (although it's too early for completely inexperienced users to
install ROSA ) Those who already have ROSA 12 installed will receive a new number with an update, the rest can install the image directly from the ABF pipeline.
https://abf.rosalinux.ru/platforms/rosa ... ists/41677
It will be on the mirrors a little later.

Text and specifications taken from the resources currently in Russian only


ROSA 2021 Main
STC IT ROSA has released a new version of the free distribution kit ROSA Fresh based on the new rosa2021.1 platform.

ROSA Fresh is a modern community-driven GNU / Linux-based operating system that is legally available to everyone, completely free of charge and without registration. The source codes of the system are published under the GPL license in ROSA's own build system - ABF.

At the moment, an image with the KDE Plasma 5 desktop environment has been officially released.

ROSA Fresh 12 is marketed as the first release on the new platform to showcase the platform's capabilities.

The main features of the platform are the transition to rpm4 and the dnf package manager, as well as full support for aarch64 (ARMv8), including the Russian Baikal-M processors.


ROSA Fresh 12
is the first release on the new 2021.1 platform to showcase the platform's capabilities. This release is aimed primarily at Linux enthusiasts and contains the latest software releases.

Desktop environments
The first desktop for the release is KDE5, images with the rest will be later.

Warning
To avoid errors, use the proprietary ROSA ImageWriter utility to write the image to USB drives.