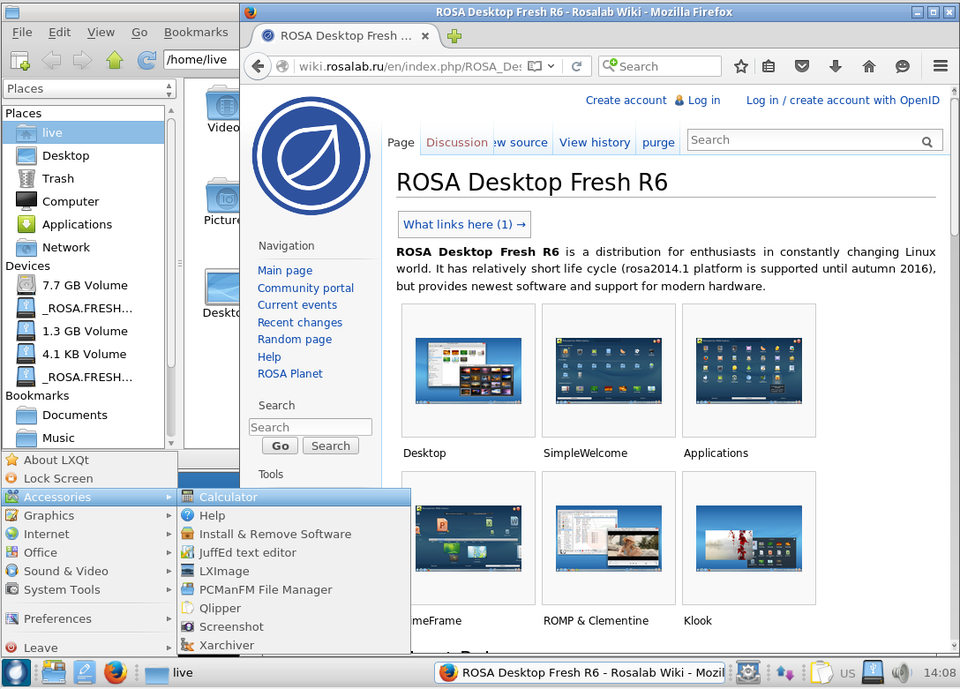 Sergey Aleksandrov has announced the release of ROSA R6 "Desktop Fresh LXQt" edition, a lightweight edition of ROSA that features the LXQt desktop for the very first time: "After several months of ROSA Desktop Fresh R6 KDE release, we are happy to announce a lightweight edition of Desktop Fresh R6 which uses LXQt desktop environment. Up to Desktop Fresh R5, we used to release lightweight editions on the basis of LXDE. However, LXDE is based on GTK+ 2 library stack which didn't get significant updates since the year 2011 - all new features are now implemented in the GTK+ 3 series. The old GTK+ 2-based LXDE is not dead and is still developed by a group of volunteers, but their progress is not as significant as LXQt's one. In particular, there was almost no significant difference in LXDE components between LXDE editions of ROSA Desktop Fresh R4 and Fresh R5. But our distribution has a 'Fresh' word in its name, so we decided to give a chance to a new desktop environment. And after several months of experiments, integration work and bug fixes, we are ready to present a new edition of ROSA Desktop Fresh which is based on LXQt." Continue to the release notes for further information. Download: ROSA.FRESH.LXQT.R6.x86_64.iso (1,276MB, MD5, torrent).